How to Predict the Value of a Sneaker

Understanding the sneaker market can be overwhelming at times, and if you’re just getting started it can seem difficult to know which sneakers will end up increasing in price, and which ones will flop. This can mean the difference between turning a pair of $150 sneakers into a $1,000 profit or ending up breaking even or worse after fees, time, and shipping costs. Don’t fret, because Resell Genius has you covered!  By analyzing certain qualities that each sneaker has, you too can determine what the future value of the sneaker might be, with a higher confidence level than ever before.

Sometimes deciding whether you should cop a particular sneaker almost seems like throwing a dart blindfolded. However, there are characteristics that can help you predict the value of a Sneaker and whether it may increase in value, and we’ll be sharing those with you, so lace up.

3 Characteristics of a Hyped Sneaker

Three main characteristics can help you determine the potential resale value of a sneaker. We’ve coined this the HCC-approach to make it easy for you to remember.

Some of the ways you can predict the future prices of an upcoming sneaker drop are by analyzing its history. By history, we mean:

The first three factors can easily be looked up by checking historical and current comps on platforms like StockX or Goat. On Stock X, which is the self-proclaimed “stock market for sneakers” you can pull data such as the release date and the retail price for a specific pair of sneakers, the number of sales and corresponding prices, the 52-week high and low of its resale price, as well as the average 12-month resale price. All these data points can provide valuable insights on how a similar pair of sneakers may be valued in the future, based on this past sneaker history.

The why-factor can help you glean further insight into whether an upcoming sneaker release might increase in value or not.

For example, Michael Jordan’s namesake “Jordan” brand, which is a collaborative project with Nike, is filled with history due to MJ’s countless achievements as a basketball player. This adds a feeling of confidence when acquiring such a sneaker. The psychology behind this could be argued that MJ was one of the best basketball players, and therefore the sneaker would be sure to include qualities that he would put his name behind, such as cutting-edge technology, and positive benefits such as sneaker grip, which prevents the player from slipping and sliding on the court, comfortability, which is a huge reason people love to wear sneakers, and of course the physical appearance of the sneaker. Michael Jordan’s success as a basketball player contributes to the widely renowned Jordan brand, solidifying its place in history.

To help you determine why past releases of this sneaker were unique, you’d want to explore:

For example, Michael Jordan broke NBA rules when wearing the new shoes, which went against their color regulations. Jordan wore the shoes anyway, and Nike ate the $5,000-per game fine, knowing the marketing was priceless.

Any of these “unique” factors can play a part in predicting newer similar sneaker release values. According to research from Northwestern University’s Department of Mathematical Methods in Social Sciences:

“a pair of Air Jordan 12 ‘Flu Game’ sneakers [are] significant because they commemorate the game in which Michael Jordan played with the flu and delivered an unbelievable performance, and sneaker enthusiasts, as well as loyal Jordan fans, are willing to pay a lot to have that specific representation of their memories in their collection.”

Do you know what else is important to note? The same ‘flu game’ sneakers that are referenced above fetched $100,000 at auction. 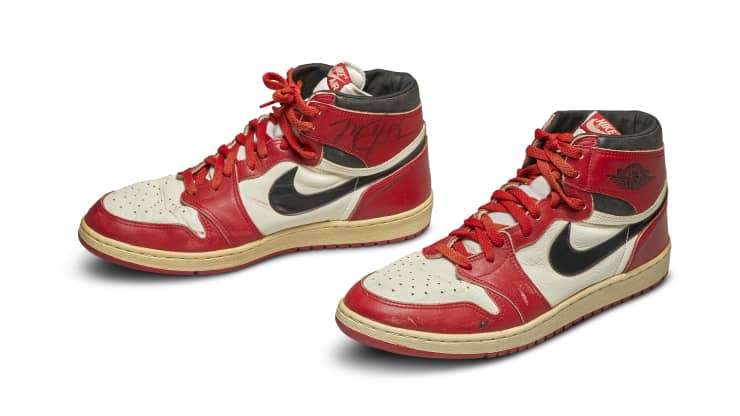 The “Colorway” is the unique combination of colors that a particular sneaker comes in, and it’s the second characteristic (the “C” in the HCC Approach), that also plays a part in deciding whether the value of a sneaker may propel or not. Colors such as red, blue, yellow, and shades such as black and white, tend to sell quicker since these are typical colors in one’s wardrobe, and that is the key to determining the value of a sneaker, noticing what the customer (or you) wants or likes and why. Colorways like the combination of black and red on Air Jordan’s seem to be a fan-favorite. And these do well, due to Jordan’s years of playing on the Chicago Bulls, which were some of his best years playing for the NBA.

Colorway does affect future value, but not as much as some of the other characteristics. There is always the chance that sneakers with popular colors can actually lose value on the resale market.

For every failure, there is a huge win. The most expensive sneakers in the world sold at auction by Sotheby’s for $560,000

Guess what style these record-breaking sneakers were? They were a pair of Air Jordan 1’s in the Chicago Bulls colors of red, white, and black from 1985, that Jordan himself wore in a game and autographed.

Want to learn more about colorways?

Collaborations are without a doubt, the MOST important characteristic that can help you predict the value of a sneaker, and whether that resale price will be elevating or diminishing. It’s the final “C” in our HCC Approach.

Let’s take for example Travis Scott, a highly respected musician, rapper, artist, and music producer, the sneakers he designs not only triple in value but also sell out so quickly, hardly anybody can get their hands on them during an initial release at retail, unless you have connections in the sneaker market, or pay for a bot.

Also consider the collaborative effort Adidas did with Kanye West, another highly respected music artist. His Yeezy sneakers propelled Adidas to surpass sales beyond their wildest dreams. A pair of Adidas Yeezy’s, designed by Kanye West, widely regarded as one of the most iconic figures in the sneaker community, sometimes resale for over $2000 despite retailing at only $200. Yeezy has become well known not only for its design but ultimately for the name and who it’s associated with.

Other Factors that Can Affect Sneaker Prices

A few additional variables can help you learn how to predict the value of the sneaker.

Sneakers generally go up in value immediately after their release but lose value after a couple of months, and eventually regain some of their value over time.

Because sneakers that are older tend to have higher resale values, an investor can possibly exploit this by buying a pair of sneakers immediately after its release, holding on to it, and eventually selling it at a higher price, several months or several years later.

Sneaker sizing can affect a pair of sneakers’ resale value, as brands release sneakers in different quantities across sizes. Sizes that fit both women and men (such as a men’s size 7) generally have a higher resale value than those in bigger sizes such as a men’s 10. Besides rarity, other factors, such as unbalanced demand, make sizing relevant to the resale price.

The sneaker resale market is affected by popular culture. For example, the passing of Kobe Bryant in 2020 dramatically raised the resale value of Bryant’s signature sneakers from Nike, and the 2020 documentary of Michael Jordan, The Last Dance, also spiked Air Jordan Resell Prices. 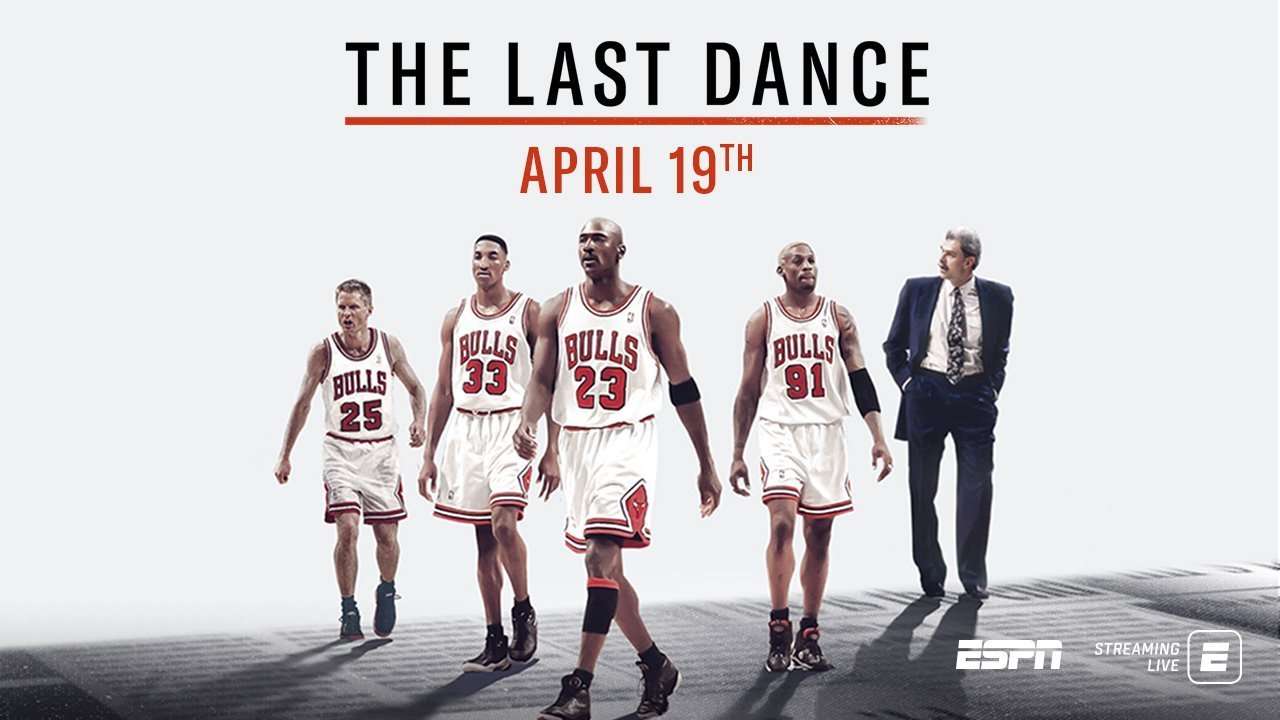 The age of sneakers can impact price, as older sneakers, especially “OG’s” tend to be valued more than recent releases. (OG= original release).

Keep in mind that many Sneakers are made of PU, which is a thermoplastic polymer, that disintegrates over time (sometimes as early as 10 years!). This is one reason why the 1985 Air Jordan 1 “Breds” (black/red colorway) are coveted by sneakerheads – the midsoles are made of rubber instead of polyurethane.

The rarity of supply also affects the sneaker value (duh, right?!), however, exact release numbers by brand, model, style, size, or even geographical area, are extremely difficult to find, unless you work for the company releasing those sneakers. You would also need to know this information in advance.

This is probably why the internet freaked out when Bloomberg investigative journalist, Joshua Hunt, wrote the article “Sneakerheads Have Turned Jordans and Yeezys Into a Bona Fide Asset Class,” which exposed that the 19-year-old son of the GM of Nike, (who by the way was in charge of the Nike SNKRS app strategy and was the senior exec. for Nike North America) was using his mom’s credit card to fund his sneaker resale business (along with a discord cook group and a bunch of sneaker bots). The kid claims his mom didn’t give him any insider information or discount codes… but he purportedly made $600,000 in sneaker sales in the month of May 2020 alone. It was no surprise when his Nike Executive mother, was forced to resign over the “sneaker scandal.”

And finally, it may go without saying but in regards to selling sneakers in general, it’s always better to sell DeadStock.

Brand-new, flawless, unworn sneakers in their original un-damaged show box along with any accessories that came with the sneakers such as the extra pair of laces, or tags.

Certain platforms won’t even let you sell non-deadstock sneakers (StockX is an example), and even if you could sell a used pair, you will always get more money for a deadstock pair.

That said, we have some great tips in the Genius Portal if you’re looking to learn “how to clean and restore sneakers before reselling.”

In conclusion, the 3HCC characteristics approach, can help you forecast the future sneaker price, and help you learn how to predict the value of sneakers, whether it be Converse, Vans, Nike, Reebok, Adidas, or Jordan. Not every sneaker will increase in value, but with some research beforehand, you should be able to increase your success rate. Following these tips and tricks on deciphering which sneakers may increase or decrease, you too can get in on the game of selling sneakers for a profit.

It just might be the perfect time to jump in… the $2 Billion sneaker resale market is expected to reach a market valuation of $6 Billion by the year 2025. Are you ready to get a piece of that pie?

PS: Do you want to start flipping Sneakers for profit? Then be sure to check out our Resell Genius “Genius Kit’s,” They include hand-picked items that will help you run your sneaker reselling business, all sourced at incredible prices. From Sneaker restoration to packaging your sales, these are the tools that every successful reseller should have.