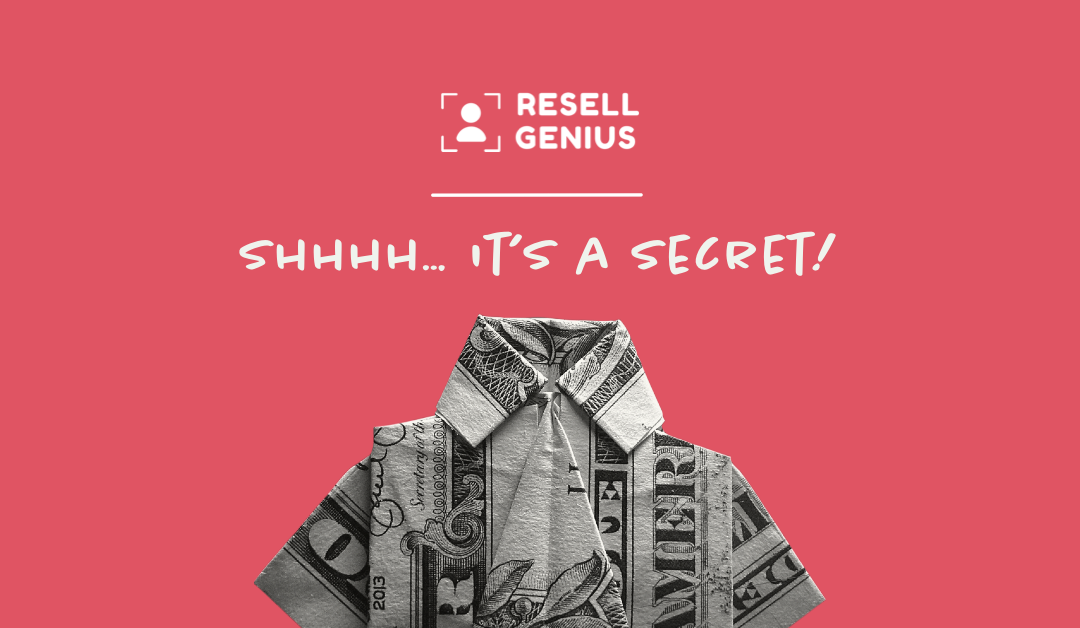 What’s the best-kept secret that successful resellers on Poshmark won’t tell you? That they are getting help from a Poshmark bot to automate their reselling process. How do I know this? Because I’ve seen the secret communities of sellers who are using them and their respective (very impressive) sales results.

There are many different types of bots out there but they all share a few main themes:

You might be wondering, why doesn’t everyone use a Poshmark bot? Why do successful Poshmark resellers keep it a secret?

So why do successful Poshmark resellers still use these bots if they get in trouble? Because they WORK! They’re also not created equal- some work really well, and some are definitely safer than others. I have a super-low risk tolerance. I’ve been selling on Poshmark since 2013, I’m a Posh Ambassador and have amassed a large following and lots of sales. I do not want to ruin my reputation or my account, period! Now, the conundrum is…I also want to have a life. I don’t have time to share my closet three times per day, share to all the parties, and share others’ listings as well. Once you have more than 200 listings it’s virtually impossible without spending hours and hours a day. (Plus my hands actually huuuuuurt!)

I’ve dabbled with virtually every bot out there. Nothing has been “worth-it” enough for me to go beyond the free versions; that is until now…

Recently, a new player has entered the Poshmark bot market. It’s a new bot called “SuperPosher” and it’s incredible for a few reasons:

You can use Super-Posher as an app on your phone

I love Posh because I do 100% of my selling from my phone. From listings to photos, to editing, posting and everything in-between, I do it from my iPhone. I love it because I can do Posh from anywhere, at any time. Most bots require you to set up or run their bot from your desktop computer and although I love my MacBook, sitting at my desk and using my laptop to run my bot is a deterrent for me. I don’t want to have to download a Chrome plug-in, and I don’t want to run it from my desktop. I want mobile access.

Yes, this bot app runs in the background. You don’t need to keep the app open and can even use your Poshmark App (or anything else for that matter) while the Super-Posher Bot quietly does its thing. Almost all the other bots I’ve tried require you to keep the screen open while it works; doesn’t this completely defeat the purpose? This really sets Super-Posher apart from all the other bots in my opinion.

3. Super-Posher has no complicated set-up or "settings" to mess with

They’ve done the work for you, so you don’t need to worry. Many bots have different settings that you must set up: how long between each share, how many items to share, what’s the max, how do I set it up to make it look like a “human and not a bot”!? SuperPosher has done all of this work for you and based on your closet size, it tries to get as close to your max sharing, following, and offers without jeopardizing your account in any way. You can also turn off any of the functions at any time if you want to be even safer just by hitting a button on or off. I love this! It shares your items, returns shares that others have done, and shares to parties – all without you lifting a finger. It also returns follows and auto-follows people that are most likely to buy something from your closet, and it auto-sends offers to people who have liked your items (and you can control what the offers are- I choose 10% because I don’t really like inflating my prices just to make offers. I liken it to a used car sales approach and I like to price competitively up-front.) That said sending “Offers” immediately after someone likes your item actually helps sales, so I compromise and do 10%.

When I started using SuperPosher, my sales tripled. That’s not an over-exaggeration! I had 7 sales in one day, which is my record so far, and continuous sales each day for the first week, and this is still going strong. They even have an easy realist feature (totally automated! Not a copy-paste feature). But you don’t need to believe me, try it for yourself and see if it pays for itself. Note: you have a small closet with not many listings you can most likely manage this on your own without a bot so it’s not for everyone. however, if you want to make Posh Ambassador quickly, a bot can still help save major time.

Do you want to try Super-Posher for free? Legit, no credit card needed, like FREE-FREE…

Do you want hands-free shares, follows, & offers? Get $10 off your first month from the Poshmark bot I use, hands down the best one IMO, SuperPosher, by tapping this link! SuperPosher Bot (note: you will get a 5-day free trial first, no credit card required, and once it ends, if you like it, you have the choice of signing up weekly or monthly. You must pick the monthly option – which BTW is better value- and you can’t cancel in the first 2 weeks in order to get the $10 off. Full disclosure- I will also earn a referral credit if you sign-up but no one is paying me to write this. These opinions are wholeheartedly my own and everything I have written is 100% my personal TRUE experience.

Drop me a comment after your 5-day trial! I would love to hear if you think it’s worth it or not, and what your overall thoughts are.